Keys are a set of words we use as tools to help bring clarity and specificity to concepts and content.  They are a great way to differentiate for your gifted and advanced students.

Use sentence Frames and Starters as a Scaffold 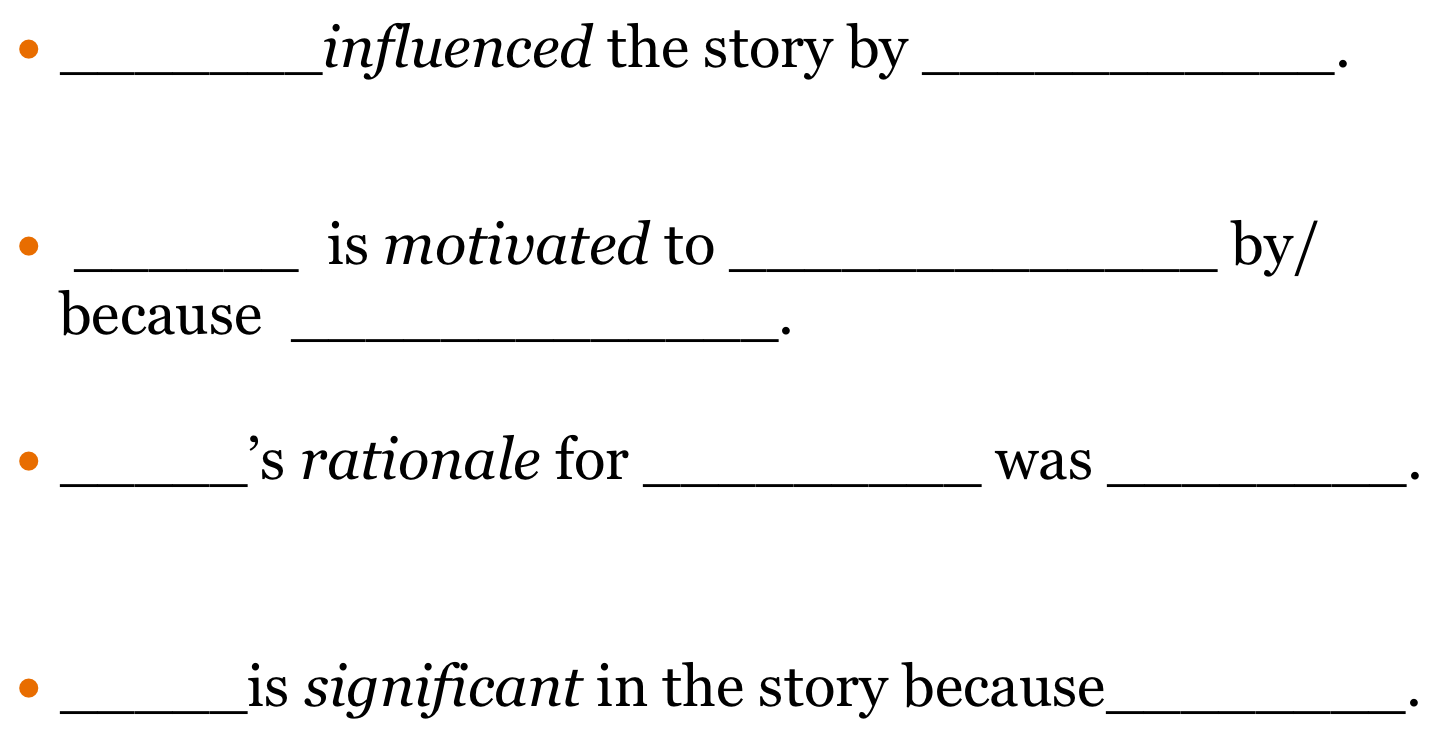 The wolf is motivated to pursue the pigs because of his hunger.

Goldilocks is motivated to enter the Bear’s house by her curiosity.

The Boy’s rationale for asking the Tree for Apples was that he needed to sell them to get money.

The tornado is significant in the story because that is when Susan met her new friend.

Students can use the sentence frames to get started, but they must support their statements with evidence from the story.  Essentially they explain how they know.  In fact, that’s often what I would ask students who brought me their work without evidence-  “How do you know this?” This evidence often includes a character’s actions, thoughts, or words. Students must also go on to explain what those details reveal or suggest. Usually these can easily be prompted with questions.  For example, “What was important about Susan meeting this new friend?“, What evidence do you have that shows the wolf was motivated by his hunger and not something else? ” OR “What does the Boy’s request for the apples from the Tree reveal about him?” 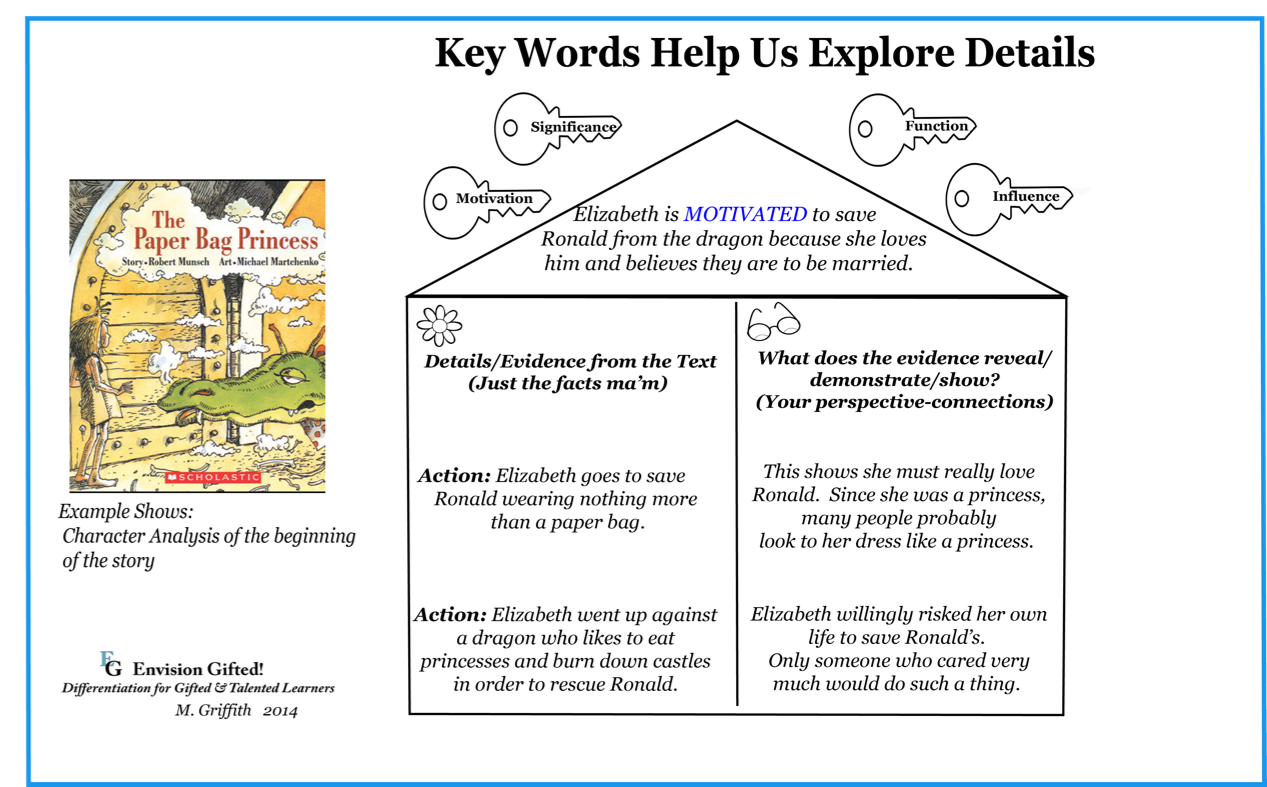 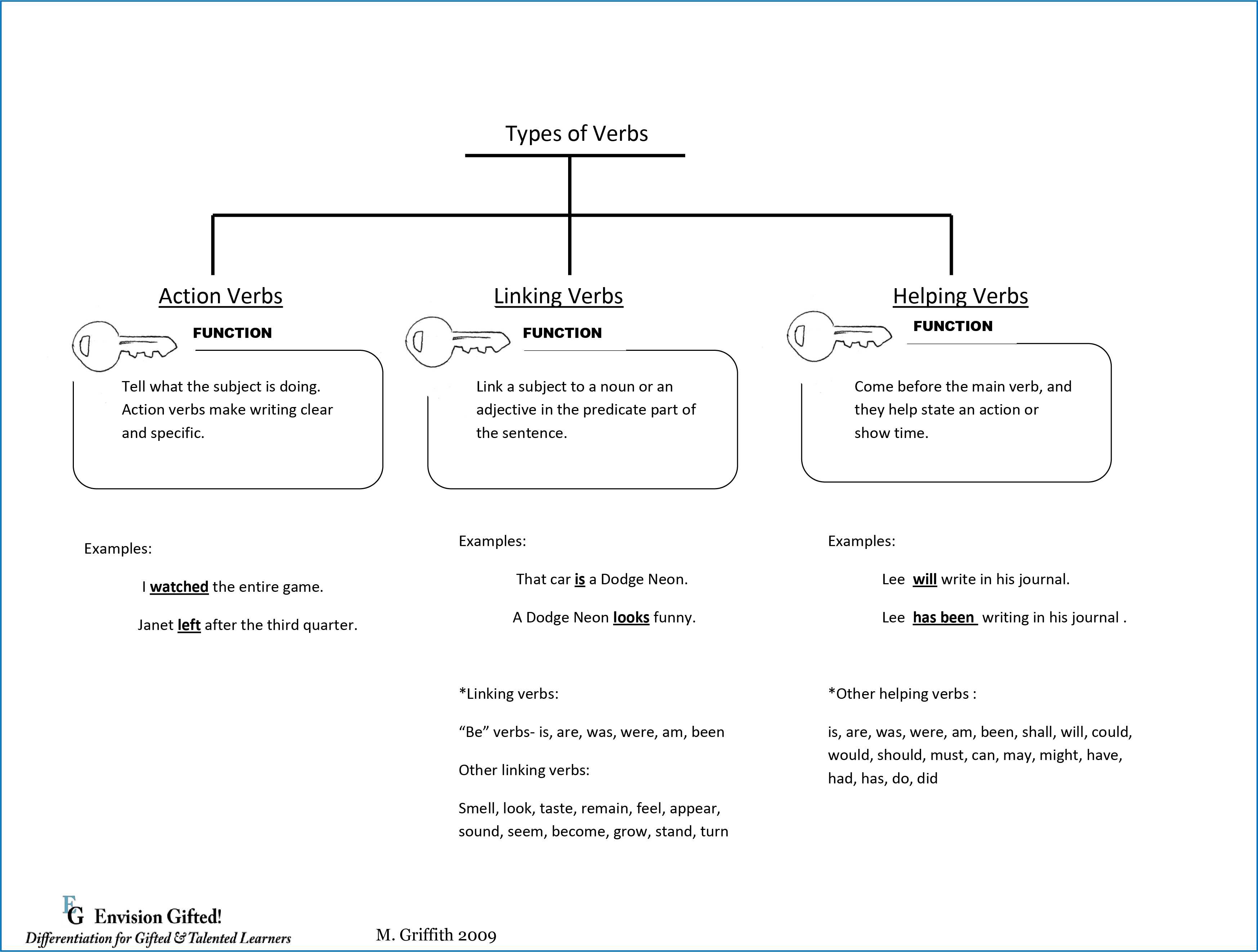 This lesson draws on the “Significance” key.  Being able to distinguish important from surface passages can be a difficult task for students.  Explaining to them that a significant passage (or event) is one that if removed, would change the story entirely.  For example, in the story, Cinderella, Cinderella losing her slipper at the ball is an important event.  It is the event that provides the prince with a starting point in his search of his mystery girl.

Prior to releasing students to work independently, we discussed the term and also shared out significant passages in stories we read previously.  Students were directed to identify a significant passage in a story and to prove their thinking using evidence from the text.  They were allowed to choose which story they wanted to address and were also provided with the opportunity to meet with others examining the same story to discuss the assignment and gather ideas.  As a final component, students depicted the scene to go with their writing.  Modeling was done throughout, from identifying the passage to defending their answer in writing.   The final project was put together in a foldable that was displayed on the classroom walls.

Students Use Keys to Analyze Stories 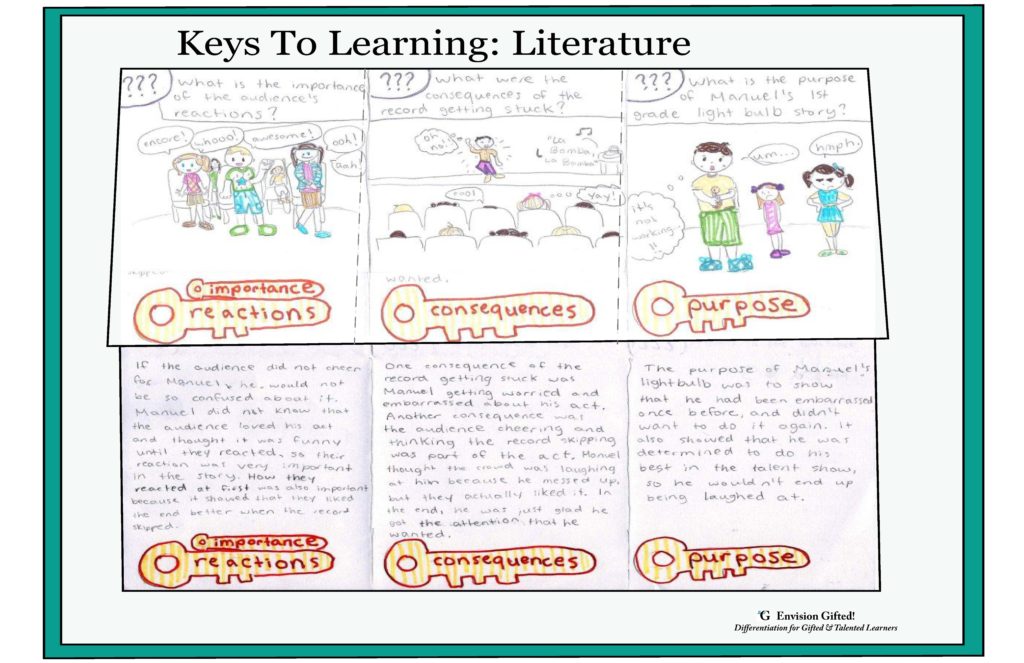 Students worked in small groups to select Keys to analyze the story.  The picture shows a flip-up book that one 5th grade student created after reading “La Bamba”.